We are honoured to have Nihaya Mahmud Abu-Rayyan, a visiting social worker from Hebron in the West Bank to speak to us about her work with child prisoners and her use of narrative therapy. Nihaya works as a therapist for the Treatment and Rehabilitation Center for Victims of Torture in Palestine. She can, therefore, relate from first hand, professional experience the consequences of Israel’s detention and treatment of child prisoners.

A group of social workers, belonging to The Palestine-UK Social Work Network (including our own Abyd)  have raised funds to enable her to come to the UK. PalUk serves to bring Palestinian & British social workers together, in the common pursuit of human rights & social justice. 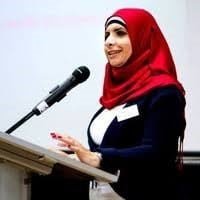 Nihaya will be describing her therapeutic/psychosocial support work with Palestinian ex-prisoners. Her work, Seasons of Life: Ex-detainees reclaiming their lives, draws upon imagery from nature’s seasons and elements to create conversations based on a ‘seasons of life’ metaphor. This metaphor enables ex-detainees to trace their journey through the stages of detention, incarceration, and release into society. This approach offers opportunities for ex-detainees to offer double-storied testimonies of their prison experiences and to draw upon the skills and knowledges they used to endure incarceration in order to move forward with their lives. Nihaya considers poetry, classical music and the silence at night as good friends. 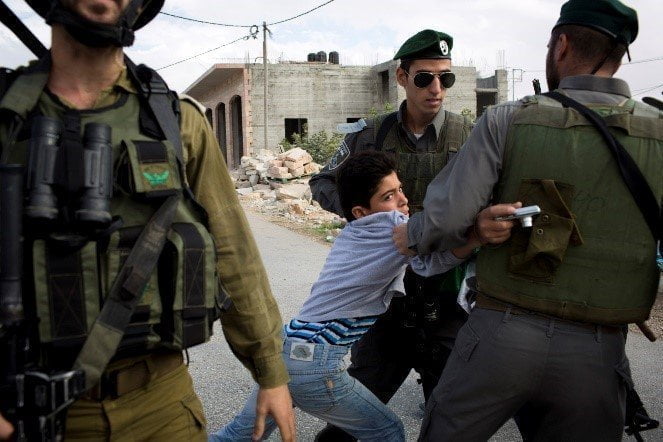 Israel is the only country in the world that systematically prosecutes children in military courts – between 500-700 each year. According to international law, a child is defined as under the age of 18 years. Under Israeli military detention, Palestinian children as young as 12 are routinely:

–          Interrogated without a lawyer or relative present

Palestinian child detainees are held at a military base or detention centre for interrogation, pre-trial detention, or prior to appearing in the military courts. Following an initial appearance in court, they are transferred to prisons where they await sentencing or serve their prison sentences. In military courts, the conviction rate is 99% (Military Court Watch 1917). The children usually face the charge of throwing stones, which carries a maximum sentence of 10 or 20 years depending on the circumstances.

Around 60% of child prisoners end up in prisons inside Israel. This is in violation of the Forth Geneva Convention, which prohibits the deportation of any person from an occupied territory to the territory of the occupying power. As a consequence, children have limited family visits. Families face difficult journeys, passing through multiple checkpoints. At the prison they go through security checks and are sometimes strip searched. They see their children for about 40 minutes through a glass barrier. Children have no access to a phone for contact between visits.

Children comprise nearly half the population in Palestine. For the majority in the occupied territories of West Bank and East Jerusalem, life is far from normal. They are constantly under threat from soldiers and Israeli settlers, exposed to abuse, arrest, detention, delays at checkpoints and ad hoc barriers. According to a report from Defense for Children International – Palestine more than 400 children were being held in Israeli jails in November 2016, subjected to systematic ill treatment and denied right afforded them under international law.