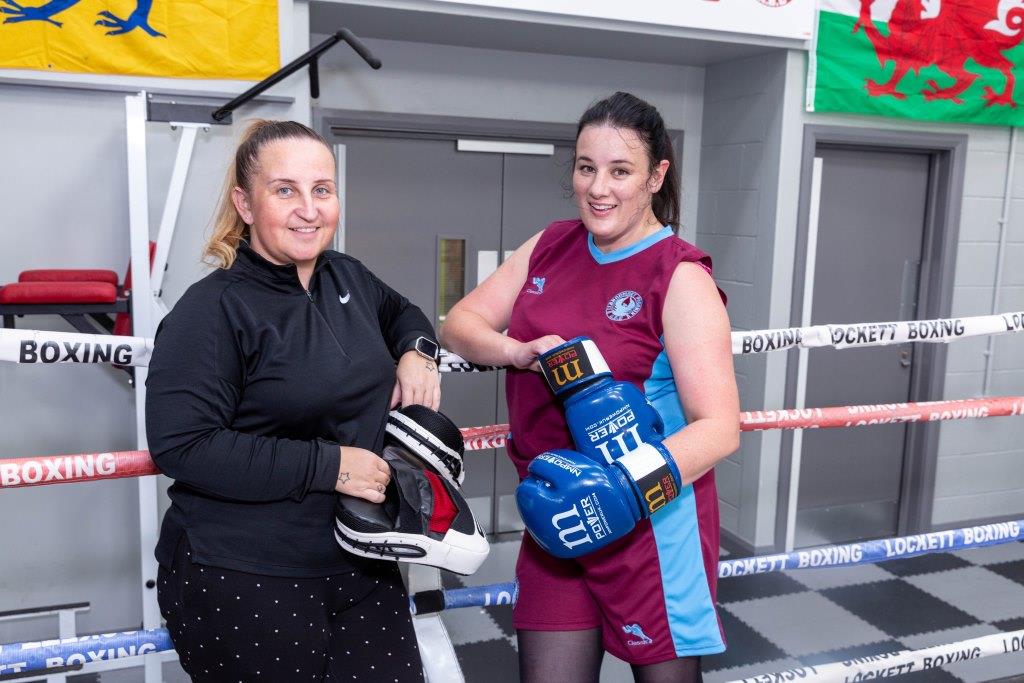 “I hit the bag for an hour and laughed and cried. Years of built up emotion came out”

Gemma Price from Cardiff, who suffered years of domestic abuse, is calling on the public to cast their vote for a special National Lottery funded boxing project which positively transformed her life . . .

Gemma Price was in an abusive relationship for ten years and when she finally left, she struggled to control her emotions.

It [the relationship] finished quite abruptly and feelings that I’d kept inside for ages started to come to the surface,” she says. “I was massively controlled and I started to become controlling of everything around me. I couldn’t stand in a supermarket queue because if someone looked at me all the anger and emotion would come to the surface.”

Gemma’s torment was obvious to Tony Richards, the caretaker at the primary school where she was working. He told her to take the keys to the gym he ran in east Cardiff, pull on a pair of boxing gloves and hit a bag for as long and as hard as she could.

She took his advice and the results changed her life. “I hit the bag for an hour and laughed and cried. Years of built up emotion came out,” says the 37-year-old. “I left the gym feeling so relieved that I’d found a controlled way to do it, a good way to do it. I thought if I feel like this there must be other women who feel exactly the same way. And there are – there are hundreds.”

Gemma continued to box at the Llanrumney Phoenix Boxing Club. Located in one of the Welsh capital’s most deprived areas, the gym had a reputation for reaching out to the community beyond its doors.

When Gemma said she wanted to start a women only boxing group, Tony was sceptical at first. “He said ‘if you can get six women to turn up we’ll do it’,” she recalls. “I phoned all my friends and said ‘I’ve got a point to prove – I need you to come in and have a go’.”

Boxing Pretty was born as a one-hour, once-a-week session. After six months it had acquired such an enthusiastic following that Gemma decided to raise the stakes by organising an all-women fight night. A group of Boxing Pretty pugilists embarked on an intensive 10-week training course and stepped into the ring for a series of bouts in August, 2013. All 250 tickets to the event sold in a flash and the night raised almost £6000 for charity.

Today, more than 30 women aged 14 and over train with Boxing Pretty each week. Their coaches include Gemma who has earned a Level 2 accreditation with the Welsh Amateur Boxing Association.

She also runs a separate class for girls and young women aged 10 to 16. “That [class] works on both physical and mental fitness,” she says. “We have a 45-minute session on the bags and then just sit in the ring and talk about their week and what’s going on. We discuss body confidence because they see images on social media that they feel the need to emulate. I say, ‘no, you don’t – you’re perfect as you are’. I want to get through to them that you can be bigger and fit, slim and fit or slim and unhealthy. It’s about loving yourself as you are.”

Catherine Tryfona, 43, has been training with Boxing Pretty for about three years. “One of the great things about this gym is that they work really hard to support the wider community,” she says. “They make boxing accessible for people from lots of different backgrounds and Boxing Pretty allows women of all ages to train in an environment that isn’t intimidating.”

Catherine brings her 15-year-old daughter Chrissa and her eight-year-old son Gabriel to the gym twice a week. Chrissa works out with her mother as a member of Boxing Pretty and Gabriel watches from the side lines.

“Gabriel doesn’t train, but he’s happy here,” says Catherine. “There’s always colouring books available or he can curl up in the office with his iPad. As a busy mum with a full time job I still get to train and keep my hand in with a sport that I love. If Llanrumney Phoenix hadn’t given me that I’m not sure I’d be able to participate the way I do.”

The gym’s child-friendly ethos is no accident. “We were determined that having children shouldn’t be a barrier to exercising,” says Gemma. “A lot of women are single parents or have husbands that work away. Many times we have had prams here and older children watching. I’m not going to stop anyone coming because they’ve got children. That’s not what it’s about for me.”

As well as supporting women with children, the gym makes every effort to engage with the community in Llanrumney and further afield. It stays open during the school holidays and has an open door policy. “We’re not going to turn anyone away regardless of their background, history or criminal record,” says Gemma. “We do a lot of work with South Wales Police and we’ve just finished a project with a local secondary school working with Year 8 boys who were on the brink of exclusion.”

This determination to be inclusive and serve the community, have been supported by money from The National Lottery. As well as a £17,000 development grant from Sport Wales, the gym has created a summer club for local children with the help of a £9000 grant from The National Lottery Community Fund. The cash helped pay for staff and allowed the gym to provide free breakfast and lunch to a group of children drawn from 15 Cardiff schools.

Since The National Lottery’s first draw took place on 19 November 1994, more than £40 billion has been raised for good causes in the areas of arts, sport, heritage and community.

Boxing has had a profound effect on Catherine’s life. “It has changed me in ways I can’t necessarily describe,” she says. “It got me fitter, but it also gave me confidence and discipline. As a busy mum it gives me an escape and something to work for. I’m not training to get into a size 8 dress – I’m training so I can go one more round or spar. I’m training to get better at something rather than fix something and knowing that you’re strong and you can handle yourself is incredibly empowering. It has definitely boosted my self confidence in the workplace and at home.”

Gemma has observed these kind of changes in herself and many of the women she coaches. “There’s something incredibly powerful about a group of women coming together in a boxing gym with gloves on,” she says. “It’s massively empowering.”

Llanrumney Phoenix Boxing Club is appealing for votes after reaching the finals of the 25th Birthday National Lottery Awards – the search for the UK’s favourite ever National Lottery-funded projects and the people.

Llanrumney Phoenix Boxing Club is competing in the Best Sport Project category.  The project with the most votes will be crowned the winner and receive a £10,000 cash prize, an iconic National Lottery Awards trophy and attend a star-studded glittering awards ceremony to be broadcast on BBC One in November.

To vote for Llanrumney Phoenix Boxing Club go to lotterygoodcauses.org.uk/awards OR use the hashtag #NLALlanrumneyBoxing on twitter 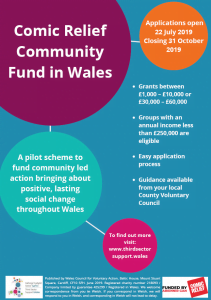 Cardiff Youth Justice Board – All our Futures Workshops

Aged 16-25 and Interested in a Career with the Fire Service?